Monetary policy is the macroeconomic policy laid down by the central bank. It involves management of money supply and interest rate and is the demand side economic policy used by the government of a country to achieve macroeconomic objectives like inflation, consumption, growth and liquidity.

On June 30, 2022 Bangladesh Bank Governor Fazle Kabir announced the monetary policy for the new fiscal year 2022-23. Earlier monetary policy was usually announced for six months. This time it has been announced with a goal of one year.

The GDP growth target for the fiscal year 2022-2023 has been set at 7.5 percent. On the other hand, the government has set a target of keeping inflation at 5.6 percent. Keeping these goals in mind, the new monetary policy has been announced.

The Chimney-Sweeper’s By William Blake Summary 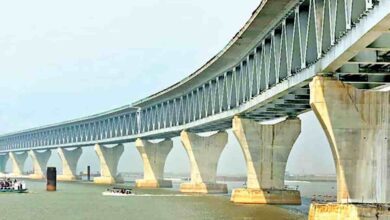 The Padma Bridge Our Dream, Pride and Dignity

The Influence of Literature in Changing The Structure of the Society